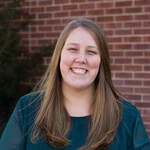 Holly grew up in Rockford, Illinois.  She graduated from Palm Beach Atlantic University in 2008 with a B.A. in Pre-Law.  She graduated from Southern Illinois University School of Law in 2011 and shortly thereafter began working as a staff attorney for the Fifth District Appellate Court in Mount Vernon, Illinois.  In 2015, she began a term clerkship with a United States District Judge in the Southern District of Illinois.  She entered private practice at the end of her clerkship term by joining a firm in Marion, Illinois, specializing in Elder Law.  Holly joined Martensen, Niemann and Sorensen in October 2017.  Holly became partner of Martensen, Niemann & Sorensen in January, 2022. Holly is a member of the Illinois State Bar Association and the Washington State bar, inactive status.  Holly resides in Paxton, Illinois with her husband, son, and pets.  She enjoys the outdoors, hiking, and running.